What is the Aerospace Maintenance Competition?

The Aerospace Maintenance Competition (AMC) is a 2-day competition held in conjunction with the annual MRO Americas organized by Aviation Week. It is a global get-together for the aerospace community to showcase, to compete, and to celebrate the skilled craft of aviation technicians. After a 2-year pause due to the COVID-19 pandemic, the AMC returned in 2022 with a bang. There were 73 teams from various categories – Commercial Airlines, Military, Repair & Manufacturing, and Schools. This year, 8tree and Alaska Airlines once again co-sponsored the “Airframe Damage Inspection” event, one of the 24+ events available at the competition.

What is the “Airframe Damage Inspection” event?

Simply put, the objective of the event is to – “Accurately map two dents using traditional methods, and then repeat the task using dentCHECK”. For the traditional method, competitors were provided with a: depth gauge, straight-edge ruler, flashlight, calculator, pen, and paper. Using these tools, they were required to map the dents, producing these measurements: Depth (Y), Width (A), Length (B), Critical Ratio (A/Y), and the distance between dents. Then, they had to transcribe these numbers on their ‘task card’ – similar to the traditional, paper-based records that the aviation industry still produces. Once they have completed this, they will use the dentCHECK tool to measure the same dents. This is a simple task – With one-click, the tool will measure all the aforementioned numbers, and instantaneously project the results back onto the surface. With the result superimposed on the physical damaged aircraft panel, competitors were able to see the measurements and make a decision, while the result remains in digital format.

How did the competitors fare against each other?

The performance of the competitors was widespread. Some completed the tasks in <5 minutes, while some were unable to complete the task within the allocated 15 minutes. Additionally, the precision of the measurement results was also widespread. For example, across 73 teams, the uncertainty of depth measurement using traditional method was +/- 0.016”. This means that one could measure depth of 0.050”, while another could measure up to 0.082”! This is a huge discrepancy that is plaguing the standards of aviation maintenance, and hence jeopardizing aviation safety. In contrast, when competitors use dentCHECK, the uncertainty was +/- 0.0008”, a 20x improvement when compared to traditional methods.

The results using Traditional Method is shocking. Why is this a problem?

During the competition, we observed 3 top errors that is contributing to this problem. First, incorrect tool handling will yield incorrect results. We observed some competitors incorrectly placed the depth gauge at an incorrect angle or position, while some fail to zero-out the tool properly. Additionally, the subjectivity of determining the starting and end point of a dent’s outline using the naked eye also contributes to this problem. Secondly, some competitors produced incomplete measurement, and skipped crucial steps necessary to produce accurate, complete measurement. Lastly, we observed many record-keeping errors. For example, to calculate the critical ratio, some competitors fail to type in the correct number on the calculator, hence producing bad measurement. In a fast-paced work environment like aviation maintenance, using these tactile tools will undoubtedly produce inaccurate measurement. 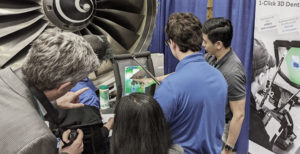 How similar is the competition to a ‘real-life’ aviation maintenance industry?

All the events at the competition were very relevant to the aviation maintenance industry. In this industry, turn-around-time (TaT) of an aircraft is of paramount importance. Aircraft maintenance technicians are not just tasked with doing the job right, but they have to perform under time pressure. The competition simulates just that when they only have 15 minutes to complete a certain task. In the “Airframe Damage Inspection” event, we create an opportunity for competitors to be equipped with a tool – dentCHECK – that will help them accomplish both objectives: (i) Accurately measure a dent-damage (ii) Do it in the fastest way possible. In this year’s competition, competitors took 8 minutes 49 seconds to map the dents using traditional method, but took only 11 seconds to map the dents using dentCHECK, a 48x faster inspection time. The competition provides a small snippet of the burden placed upon the maintenance technicians, and how continuous improvement and learning of new tools can help them become more efficient.

What are the benefits for airlines, MROs, and schools to participate in such competition?

The AMC was truly an engaging platform for aviation technicians to come together to exchange ideas and to get inspired. One of the big issues in the industry today is the aging workforce problem, whereby juniority across the workforce with limited exposure and experience may pose a threat to effective and timely maintenance of aircraft fleet in the future. 8tree hopes to bridge this gap of skillset between retiring workforce and new technicians by introducing technology that will simplify the cumbersome process of precision measurement. Additionally, the platform is a good avenue to build existing professional connection and to make new ones. You never know who you will meet at the competition!

Where can others find more about the key findings from this competition?

Some example measurement and photos can be found here. There you can find the detailed analysis of the competition results. 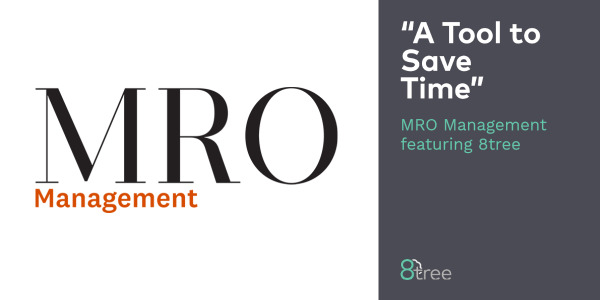 A Tool to Save Time