What do the New Mexico desert, Elvis Presley’s 1962 Lockheed JetStar, and 8tree have in common?

In 2001, the Roswell International Air Center (RIAC) in New Mexico started to offer commercial aircraft parking. Up to 800 aircraft can be parked in a more than 5,000-acre fenced areas. American Airlines, United, Air Canada, and several others temporarily park their aircraft here. RIAC is also home to Evis Presley’s Lockheed Jetstar!

However, there is no roof over this giant open-air parking lot, which leaves the aircraft exposed to catastrophic weather events, such as hail storms.

One such extreme hail-event occurred last year. Numerous aircraft at RIAC were severely damaged. 8tree’s dentCHECK was called in to expedite damage-mapping of several wide-bodies.

How does it work?

To enable the powerful panoLite capability, specially-designed and reusable ‘smart-rulers’ (panoLite tapes) are applied to outline the hail-affected areas of interest. 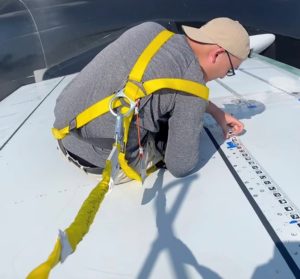 The purpose of the panoLite smart-ruler is two-fold. First, the idea of the smart-ruler is a familiar one to aviation technicians, who currently follow an established workflow of applying masking tape marked with measurement increments to define an area of interest. Secondly, the smart-ruler is ‘smart’ and easy, as it only takes seconds to apply and peel off for re-use. Once applied, it delivers an incredibly efficient and seamless alternative to the traditional hail-mapping workflow, since it automatically communicates with the dentCHECK tool to create accurate large area damage-maps.

Once the panoLite smart-ruler has been applied, the familiar dentCHECK point-and-shoot dent mapping process can begin.

As long as some portion of the panoLite smart-ruler is visible to the dentCHECK tool during a given scan, then the well-known 8tree Damage Reporting Tool (DRT) automatically stitches the successive scans resulting in one large-area panoramic scan. 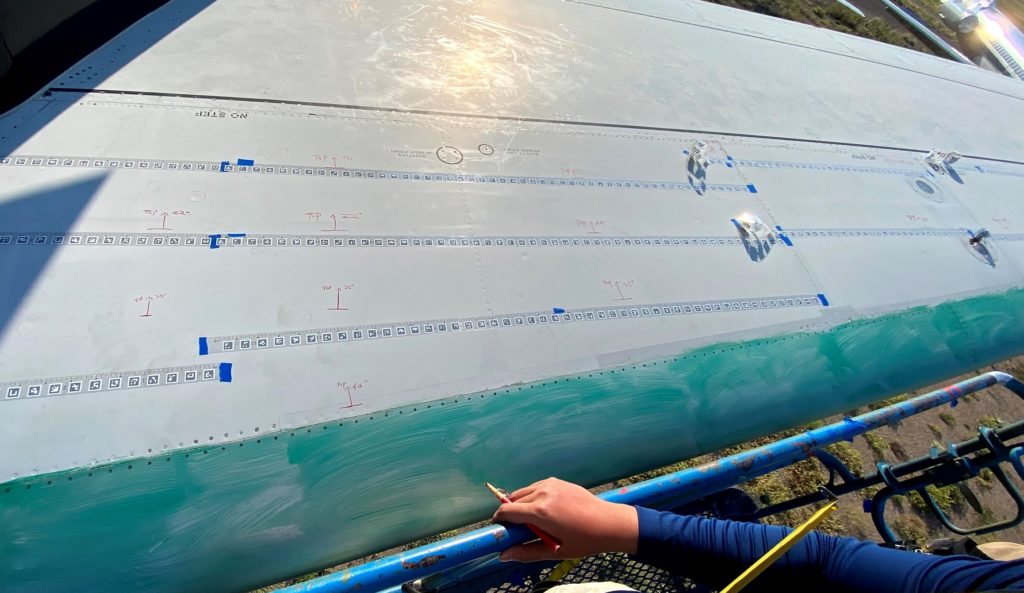 A comprehensive digital damage-report is generated as part of this automatic panoramic scan. The report format – familiar to most existing dentCHECK users – tabulates and itemizes each dent alongwith its key metrics, such as depth, size and inter-dent distance. 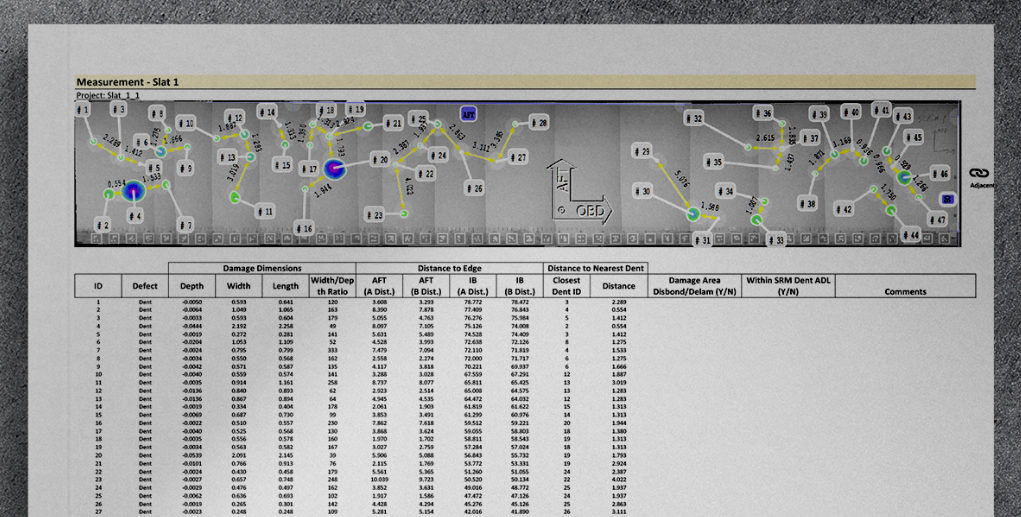 The entire end-to-end digital process takes only a couple minutes, and equips operators and technicians with instantly-actionable damage-reports that guide informed repair strategies.

Does your organization still use slow, inaccurate and error-prone traditional manual methods to map catastrophic hail-damage?

If so, consider exploring the end-to-end digitalized dent-mapping workflow enabled by dentCHECK – a tool trusted by the leading airlines/MROs across the global aviation maintenance industry.

As for Elvis’ JetStar, after being parked for 35 years, it might not need hail damage-mapping anymore. 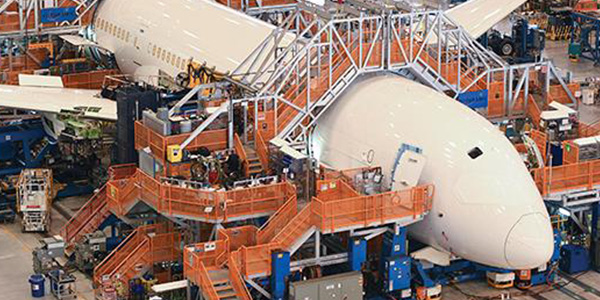 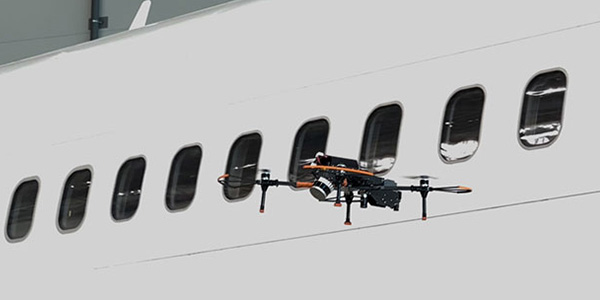 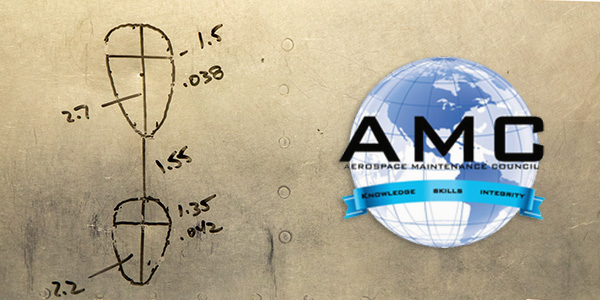