Started just a year ago by former TI DLP manager Arun Chhabra in Colorado and photonics expert Erik Klaas in Germany, 8tree is bringing a new approach to the scanner market, one that will no doubt be copied by other suppliers once they understand it.

The idea is simple: build a completely self-contained, portable, lowcost scanner that does one thing, in this case, scan airplane fuselage rivets. They call it FastCheck; we call it instant analysis, from scan to actionable step.

Chhabra tells us the large competitive field is dominated by one way of thinking, and that is to build scanners to try to appeal to as many people as possible and charge as much money as the market will bear. It has worked so far, but along the way, the competing products have become increasingly complex. The 8tree team asks, What if we make a tool that does exactly what you need it to do and it does it fast?

Chhabra took TI’s DLP and used it for double duty. First, it is a modulator for a light source in the unit, illuminating the surface with a structured image. That image is reflected from the surface and sensed and synchronized by the image processor to calculate x,y,z. Pretty standard technique, and one used by PrimeSense in the Kinect. However, 8tree takes it one step further and creates an AR environment, using the DLP to project (superimpose) the calculated results on the surface being measured. But it is not just a replay of the image; rather, it is an analysis of the image to show if a rivet is misaligned or not at the proper depth. Airplanes, even the carbon fiber 787, have thousands of rivets in the skin, wings, body, and tail. Those rivets impact the airplane’s slipperiness and determine the integrity (air-worthiness) of the airplane. As it turns out, the composite materials being used have more critical requirements for fasteners because the material is more likely to tear if rivets are not positioned correctly.

All those thousands of rivets, each and every one of them, has to be physically inspected during the D-check, which is every five to six years for commercial aircraft. According to published figures from Boeing and GAMA, there are currently more than 340,000 aircraft in active service, and more than 4,000 new aircraft joining the ranks each year—this includes scheduled commercial aircraft, private jets, two-seaters, etc., but not military aircraft. That number gives a sense of the volume of MRO maintenance work, and therefore fastener inspection, constantly required. The process is time consuming, critical, and monitored by FAA and company inspectors. Part of the process is for a master chief artisan to run his hands over the surface feeling for irregularities—bumps, dents, loose or protruding rivets, etc. The master chiefs are so good they can feel scratches and paint smears.They will still stroke the airplane for smoothness, but they won’t have to catch every rivet now—the FastCheck scanner will do that for them. The unit sells for $50,000, about half the price of competitive systems, weighs less than 2 kg, and will run for four hours on its battery. It can “see” 30 rivets (fasteners) simultaneously in less than a second and is accurate to 25 microns (0.001 inch).

The 8tree idea grew out Chhabra’s observations of the market as he evangelized TI’s technology for scanners. In that role he was immersed in the scanner workflow and recognized that the real challenge in the industry was notnecessarily the process of data gathering, though that may have its own challenges,but primarily the complexity of getting to useful information. Currently, scanners are general-purpose data gathering devices with big price tags. Chhabra says the tendency is to produce machines with complex software tools to enable their users to do anything. The trick is, anything is not always exactly what people need to do, and all that multi-purpose flexibility adds complexity. Thanks to Klaas’ expertise in photonics, 8tree was able to develop IP around several critical areas in the metrology field. To develop the company’s first products, the team surveyed potential customers and determined the most need, and then they custom built products that could immediately produce actionable data. Their first opportunities presented themselves in the aeronautics industry where the challenge of inspecting fasteners has been multiplied by the arrival of composite materials. The 8tree scanner can be used with a wide range of products including iPads and mobile phones for complete portability. Results from scans can are communicated immediately via the device’s mobile phone–sized module mounted on the top of the device. Users can get to useful data within 1.8 seconds. Results can be preserved for record keeping, and they are accessible in standard formats. So far, the company is a winner. We talked to Chhabra when he was in town recently for SPIE FastCheck was the winner in the SPIE StartUp challenge.This company has taken off with a remarkably short runway. We asked Chhabra how they managed to get started so fast. He gave a great deal of credit to co-founder Klaas, who has long experience solving manufacturing challenges during his time at Breuckmann GmbH. In addition to his expertise in photonics, he is active in the technology community. Both men recognized that the measurement industry is ripe for disruption. Their plan is to turn the industry upside down—to remove as much of the mystery as possible from measurement and interpretation so that people can act on realworld data.

What do we think?

The traditional scanner market, which has more than 70 suppliers of one type or another, typically sells its systems on the basis of their universality and scanning performance. That is because the scanners are typically very expensive, and so the idea is that to get the ROI for the expense, it should be multi-functional. But 8tree has taken the opposite market approach, offering specific capabilities and at a lower price. We think this is clever. And of course, the device can be re-programmed for other applications. We also like the AR aspect—see what you’ve got in real time. This feels like a winner to us.—J.P. 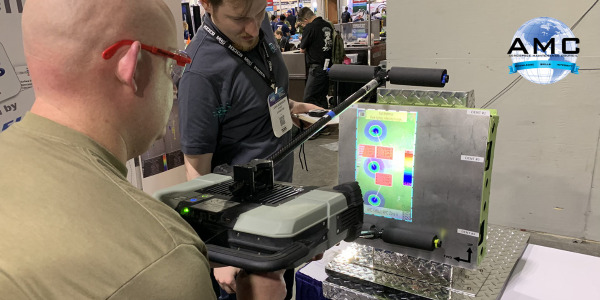 Supporting the Next Generation of Aviation Professionals with Technology 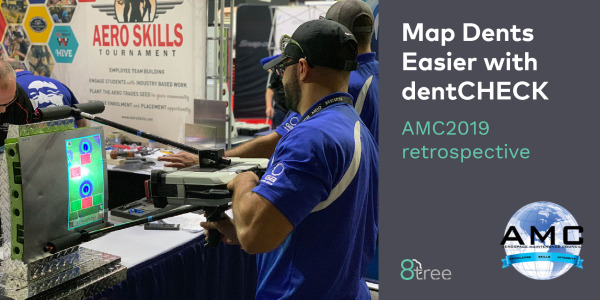